My head has been stuck in a tower of books for a season as the spiral way has led me back to the University of Stellenbosch again where I'm teaching a few courses, including a new post-grad investigation of feminism in film.

Nothing quite like being on a steep learning curve to light my fire. It feels a bit like purpose to dust off the cobwebs of my mind and brandish the feminist flag. While knowing full well that I don't want to be a card carrying member of either the ivory tower or any movement, no matter how worthy.

Being a separate self, with a name and story is tiresome. I'm quite convinced it is the cause of all suffering (as per Buddhist philosophy). The more accoutrements in the form of ideologies and belief systems we identify with, the more baggage we ultimately need to shed. For if there is one thing I know for certain, it's that we have to

Still, this avenue of exploration (rather than identification) has actually helped clarify a lot of things that had been gnawing at my subconscious.

Even the most "self-aware" of us can endlessly fool ourselves as to what's "really" going on. How quickly we become, if not quite complacent, then at least numb. I think that so much of what we label mental illness is actually a deep knowing that something ain't right. But instead of putting things to right we try our damndest to squelch the pesky discomfort. Why? Because it's just so inconvenient to heed the call of the wild woman roaring inside.

Here are some films I've unearthed in my research, both old and new, all directed by women and all helping me listen more deeply and understand, allow, shift, let go...all the things that are part of the messy merry dance of becoming.

Dorothy Arzner was the only female director working in Hollywood during the Golden Era. It's an era dear to my heart. I'm named after one of its stars for crying out loud. And my dear departed gran (who has been attending me so much of late) raised me on Cyd Charisse & co dancing in "Brigadoon" long before this year's "Schmigadoon!" took the musical tropes for yet another spin around the pomo dance floor.

Here's an Arzner double feature that is just too delicious for words:

Clara Bow's first talkie The Wild Party (1929) -- the charming "it" girl and quintessence of the flapper comedienne suffered terribly from the trauma of a childhood that included an abusive father and a mother who tried to kill her before being institutionalised. Not unlike Marilyn Monroe, who came a couple of decades later to titillate and delight audiences. These talented young women seemed to rise above the horror of their impoverished and traumatic childhoods only to be used and abused by the systemic toxic masculinity that had already marked them in their formative years. It is a tale too common.

Dance, Girl, Dance (1940) starring a luminous young Lucille Ball. Much has been written about it, and rightly so.  I feel like I could watch this scene forever. Isn't it a wonderful illustration of the male gaze? And of so much of the complexity of female friendship.

Speaking of which, I have only now discovered Claudia Weill's Girlfriends (1978) which prefigures all those shows and films about the intensity and centrality of friendship in women's lives...in fact Weill aptly went on to direct some episodes of Lena Dunham's Girls.

Teaching young folks in mid-life is not without its challenges. The aforementioned Girls still feels brand new and groundbreaking to me, but to these students (who were no more than children when it first aired) it's already passé...and worse. Neoliberal white feminism is completely the wrong sort. It's not good enough to include minority voices, one needs to centre them. I agree whole-heartedly. And recognise my white girl (ahem...old lady) biases.

In a seminar on feminist comedy, all my original texts were lily white. I had to overcome my own proclivities to explore the WOC fumerists. Loudness and crassness go against every refined "good girl" bone in my body. It's a lot to get over your programming, especially the parts that have seemingly served you well. In the process of burning down the house that white privilege built, I also discovered a burgeoning black female South African vernac stand-up scene. These ladies are fierce and funnnnny. Here the ab fab satirist Lesego Tlhabi, aka Coconut Kelz, calls us on our shit:

Some not so new feminist favourites that have emerged from my research:

Joyce at 34, documentarian Joyce Chopra’s 1972 exploration of motherhood and the generational tension shifts between mothers and daughters. How is it that so little has changed in half a century?

Julie Dash's dreamy Daughters of the Dust (1991). Watching this with my daughter was truly memorable. Representation matters.

Miranda July is a quirky indie genius. I really love those who fly their freak flags, thereby giving us permission to do the same. Bless them!

Argentinian Lucrecia Martel, I bow down and worship. What a singular voice!

The following African female helmed gems are all available on Showmax right now (SO EXCITING):

I'm very grateful to my research, it's been a lifeline. Isn't it just so refreshing to spend time in other people's thoughts rather than one's own? I'm thankful to the university that pays me to indulge my desire to watch and read material that stretches and enriches me. My friend & colleague of many years who extended the invitation in the first place. My students who tolerate my not altogether woke ways. My tutors who make me laugh and most essentially help me mark. Above all I bow deeply to these incredible women who created, who continue to create, often despite impossible odds. They help us feel seen. They give us strength. I am so grateful.

I watched Amy Seimetz's She Dies Tomorrow (2020) last night and it was the most profound expression of the existential dread of this last while. It was healing in the way only authentic expression through art can be. I am humbled that someone could take all that harrowing shadow feeling, verging on madness, and make it something that can be shared. It gave me hope. Which may seem contradictory, but this is what we need. Not hiding. Not pretending. Truth telling. Catharsis. Expression.

Despite all the bookishness/time in front of a screen, I'm still spending as much time outside as possible. There's a virtual art exhibit on at Kirstenbosch Gardens at the moment and it's called "Seeing the Invisible." I took a screenshot of one of the pieces by Isaac Julien "Stones Against Diamonds", which only appears through a phone screen and only when you're standing in the right spot. 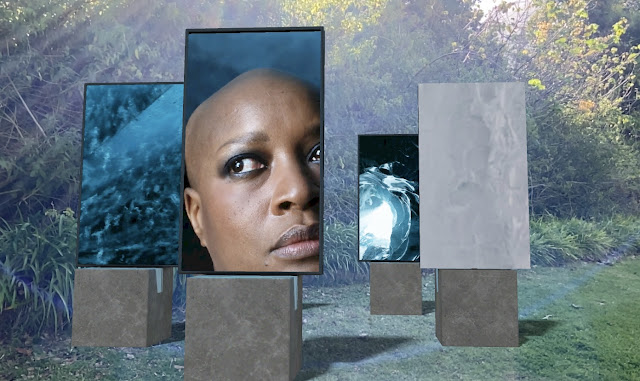 Where are we standing?

What are we seeing?

Or rather, how are we seeing?

I went to check out the first post I blogged back in 2006 when I lived in Afghanistan. Pre-social media. Or at least in its nascency.

I joined Facebook when my now teenage daughter was a babe in arms, at the urging of a techie friend who ironically was one of the first to grow disenchanted with the platform and bail out. I documented my children's childhood most thoroughly there. It had genuinely seemed a tool of connection at the time and for too long afterwards, a lifeline for a lonely mama with two babes in arms and nary a friend in sight, newly repatriated after a good 7 years of studying and working abroad, staying in touch with farflung family and friends via email. I still have the same hotmail address that I've had from the start! Since the early 90s! I have a sentimental attachment I suppose to these things. Even as it becomes clearer and clearer how absolutely no good is intended from the powers that be -- see the latest news story on the undeniable harm caused by social media:

So letting go of that space where I invested a hang of a lot of time and energy in the illusion of connection, well, it hasn't happened without grieving. But also great relief. This letting go. Realising that the rich rewards in life lie in the little things. And you need to pay attention or you'll miss them altogether. I left social media in solidarity with my Afghan sisters as the Taliban has inevitably seized control once again. But I have found the respite, after the initial withdrawal symptoms have waned (lets not kid ourselves, this is surely the most addictive threat we have faced as humanity), so restorative that I have no intention of returning.

My daughter just had another ballet show. These markers of time really hit one hard, especially when the world has changed so dramatically in such a short span of time. These global seismic shifts in tandem with my babies going through puberty. Myself morphing into a post-menopausal crone.

The loss. The horror.

And celebrate the gentle moments. A baby seal on my walk today during T's piano lesson. Birds chatting in the hibiscus bush outside my window. Making fruit salad for my poor sick boy. Sharing a long slow hug with my husband. Walking with a young marine and bundu bashing over tricky terrain, twisting an ankle and waking up with the good ache of a body that's been in motion.

The mundane. The adventurous. It's all part and parcel.

I saw an old couple on the Sea Point promenade on Saturday. The man was rubbing his wife's feet. They were laughing and seemed so present to one another and so kind.

There are cities of homeless everywhere. Everything is completely uncertain.

The comments on my first post from 2006, that other world, struck me as touching, it's back when we actually spoke to one another on these public platforms. It was a lot cosier and more connecting. Even though "anonymous" is rapping me over the knuckles, it clearly comes from a place of love. He/she counters:

"I hate to upset the bumper car, but it seems to me that there are perfectly plausible ways of saying a friendly hello to your fellow human without this howdy being mediated by cyberspace. I miss snailmail, raindrops on roses and whiskers on kittens and bemoan the sad fact that my dear friend has fallen prey to the blogg monster. Snik. Here's to a world unblemished by bloggs"

Now blogs certainly seem rather harmless in comparison to the daily horrors wrought by the machines we have created to keep us perpetually distracted and hungry for more.

Philosopher Deleuze on Flow as per a new fave podcast Philosophize This! - I love that the truth speaks in many ways until we can understand.

Bit by bit, I'm remembering what I forgot. And seeing anew.

Without by Joy Harjo

The world will keep trudging through time without us

When we lift from the story contest to fly home

Of grief and heartbreak

And know why half the world fights righteously for greedy masters

And the other half is nailing it all back together

Through the smoke of cooking fires, lovers’ trysts, and endless 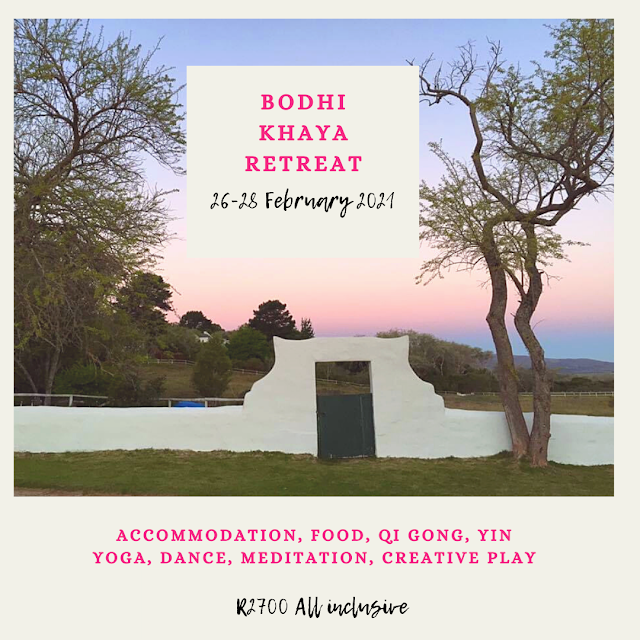 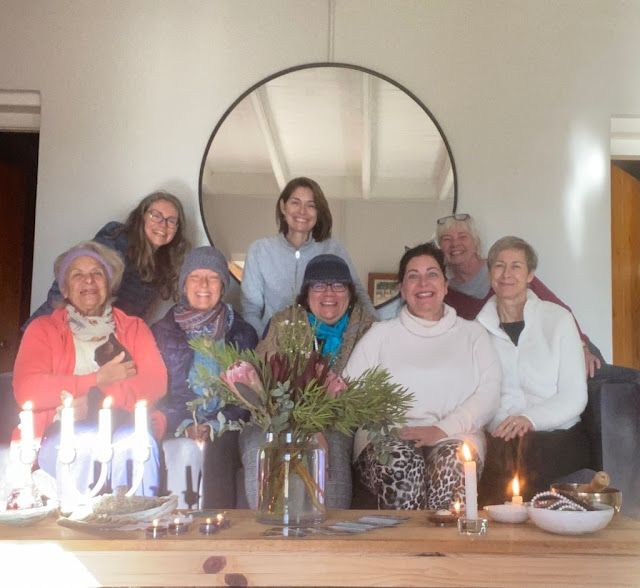